What Led to Miley Cyrus and Liam Hemsworth’s Split and How They’re Coping, According to Every Tabloid 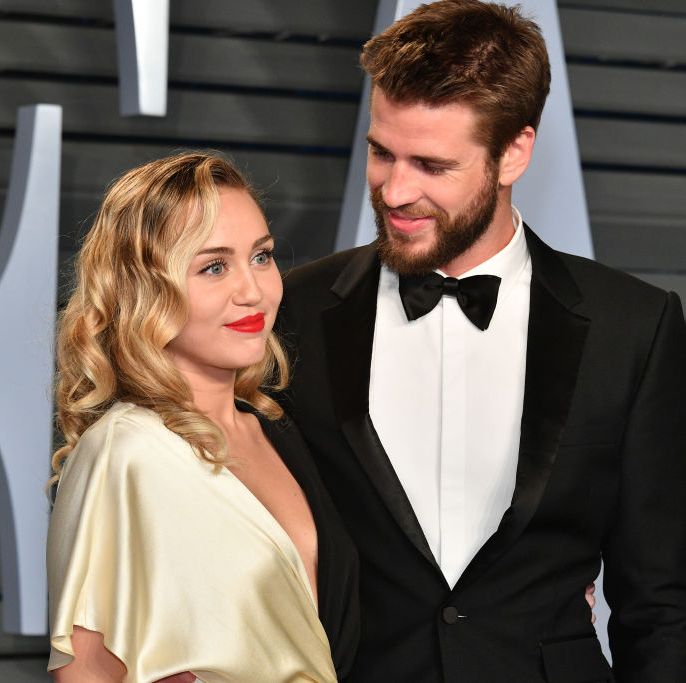 It has been two days since Miley Cyrus’ rep announced that she and Liam Hemsworth were separating right as photos came out of her and Brody Jenner’s ex-wife Kaitlynn Carter kissing. Cyrus and Hemsworth have both commented on the split, though just briefly or vaguely. Sources, meanwhile, have spoken to tabloids about why the two are taking time apart.

Cyrus fought for their marriage, TMZ reports, and she did not get involved with Carter until after it was over. Distance and different career priorities made things hard for Hemsworth and Cyrus at the end, E! was told. Here, a roundup of everything that has come out.

TMZ reports that Cyrus made a “valiant” attempt to save her and Hemsworth’s relationship by pushing them to go to therapy. Sources close to her and Hemsworth told the outlet that the two had been “struggling with various issues for months” and that Cyrus advocated for them to go to a therapist and “took other steps” to make their relationship work. A source told TMZ that “he didn’t come close to meeting her half way.”

TMZ adds that the two have actually been separated “for months” and that Carter and Cyrus did not become a thing until after they both split from their husbands. Carter and Cyrus are seeing each other “with no label attached,” according to TMZ.

Cyrus and Hemsworth’s friends are not surprised it ended, People was told.“This split isn’t shocking to people who are actually with them every day,” a source told the outlet. “After they reunited, everyone thought they were this ‘perfect’ couple, but they still had a lot of issues. They’re not on the same page when it comes to a lot of fundamental things that make a relationship work. It’s not surprising at all.”

Hemsworth is “hurt but not surprised” that Cyrus and Carter were photographed kissing as news of their separation broke, Entertainment Tonight was told. “Liam loves Miley and is hurt, but he knows that she does this,” the source said. “Miley and Liam very recently separated. Miley’s behavior is no shock to Liam. He is hurt but not surprised. The last several months they’ve been talking about taking a break. Liam’s been frustrated with some of her antics and, in turn, Miley claims she ‘needs her space.’ This seems to be a pattern in their relationship.”

The source added the two could get back together. “Miley and Liam love each other and always will. Most of their friends feel they’ll be back together. No one thinks Miley and Kaitlynn are in a real relationship, they believe it’s more fun on vacation.”

Entertainment Tonight also got intel on Carter and Cyrus’ relationship: It was first friendship, now it’s a hookup that everyone thinks will be temporary.“They’ve known each other for several months, but the two of them hooking up is very new,” a source said. “For Miley, she’s having fun, and for Kaitlynn, it seems too coincidental that she is hooking up with a huge music star, when that’s what she wants most for herself in life—to be famous.”

E! reports that Cyrus and Hemsworth’s careers and distance were the primary causes of their break. “They have been trying to make it work for months now but haven’t felt they were connecting on the level they were feeling when they got married last year,” a source told the outlet. “It’s been a rough year.”

Hemsworth is “focused on a more simplified lifestyle while Miley has been preparing for a new wave of her music career,” the source added. “She has been ready to put out music and be back in the game touring and performing. They really grew apart. Miley and Liam have still been communicating and it wasn’t a messy split but they have decided they are at different points in their lives currently.”

E! reported today that Hemsworth really wishes this hadn’t become so public.Hemsworth is “dealing with a lot,” a source told the outlet today. “It makes him uncomfortable that everything has been so public. It’s been a difficult few weeks for him. He’s with his family and just wants to be around people that are going to a support him and try and take his mind off of what’s going on.”