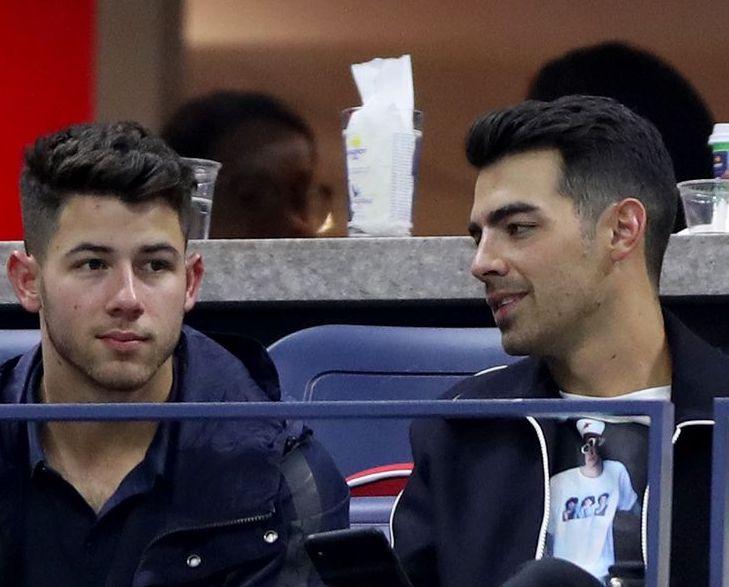 Joe Jonas is showing his support for Justin Bieber in the most subtle and fashion-forward way. Jonas attended the U.S. Open with brother Nick while wearing a Justin Bieber shirt with a photo of Bieber wearing a Jonas Brothers shirt on it. This could go on for a while, folks!

Back in July, Nick Jonas posted a photo of Bieber out and about wearing the Jonas Brothers shirt writing, “He gets it.”

Bieber has recently opened up big time, posting a letter to Instagram about his struggles while growing up in the spotlight. He touched on his mental health, drug use, and past relationships before ending the note thanking his wife Hailey Baldwin.

“I started doing pretty heavy drugs at 19 and abused all of my relationships. I became resentful, disrespectful to women, and angry. I became distant to everyone who loved me, and I was hiding behind a shell of a person that I had become,” he wrote. “I felt like I could never turn it around. It’s taken me years to bounce back from all of these terrible decisions, fix broken relationships, and change relationship habits.”

He ended the letter with a note of encouragement, though, telling fans that it is possible to make it out on the other side.

“All this to say even when the odds are against you keep fighting. Jesus loves you,” he continued. “BE KIND > BE BOLD TODAY AND LOVE PEOPLE TODAY NOT BY YOUR STANDARDS BUT GOD’S PERFECT UNFAILING LOVE.