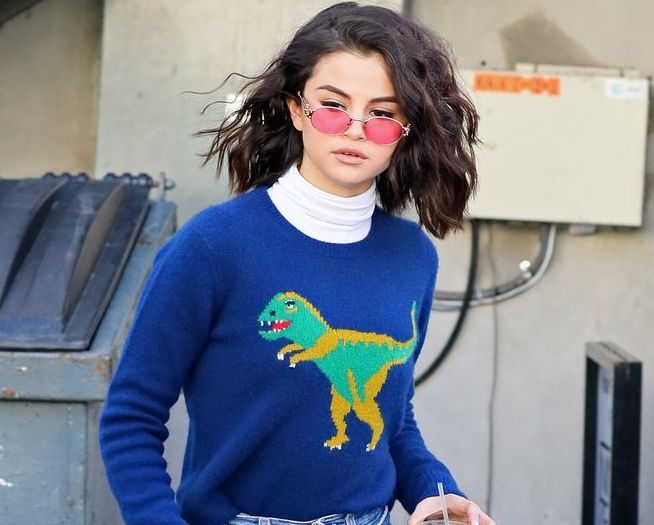 
Selena Gomez was in Los Angeles this weekend but has since headed down to Texas for a sentimental reason. The singer was seen at her old middle school in Grand Prairie, Texas. Fans believe she was shooting a documentary because a camera crew was with her.

Gomez dressed pretty causally for the visit, opting for an oversized t-shirt and shorts. Fan account TheSelenaRundown compiled social media posts that students and faculty shared of Gomez at the school:

In one, Gomez mused to students, “Hey, I did get in trouble here sometimes, but I got good grades, I promise.”

Gomez was also photographed visiting her old house in the state.

The potential documentary project comes amid reports that Gomez is planning to release music before the end of this year. Gomez acknowledged her fans’ impatience waiting for her upcoming album by sharing Instagram Stories of herself in the studio at the end of August. She wrote on one of the posts that “just so you know, I see your comments, and I’m working on it…” She added a rainbow emoji at the end.

Entertainment Tonight was told by a source back at the end of July that fans should expect some songs before 2020. “Selena has been working on new music and plans to release some this year,” that source said. “The new music is going to be a different side of Selena and very personal. Selena has gone through a lot over the years and is ready to share it with the world.”