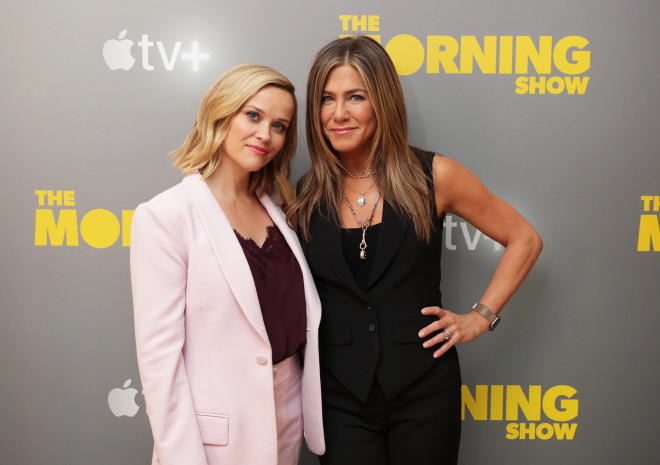 In addition to the massive amount of star power behind the show, Apple TV+ has also put a giant amount of money into the project. The series costs $15 million an episode to make, according to The Hollywood Reporter Opens in New Window, with a total of $300 million for the two 10-episode seasons. (Ahead of its season 1 debut, the show was renewed for a second season.)

According to the report, Aniston, 50, and Witherspoon, 43, who star as Alex Levy and Bradley Jackson, respectively, earn $2 million each per episode. That’s a total of $20 million each, per season. Carrell, who plays Mitch Kessler in the drama, has only signed on for one season. His salary has not been revealed, but in a 2018 report by Variety Opens in New Window, he was reportedly set to make $600K an episode.

Other top TV salaries revealed in the report include Javier Bardem who is reportedly bringing in $1.2 million per episode on Amazon’s Cortés and Julia Roberts Opens in New Windowtook home $600,000 per episode for Amazon’s Homecoming.

Apple TV+ launches on Friday, November 1 and costs $5 a month. In addition to The Morning Show, the streaming service will also launch 8 other new series, including Dickinson, See, For All Mankind and The Elephant Queen. M. Night Shyamalan‘s thriller Servant will launch November 28 and Octavia Spencer Opens in New Window‘s Truth Be Told is due December 6.